CANCER AWARENESS: What is THAT? 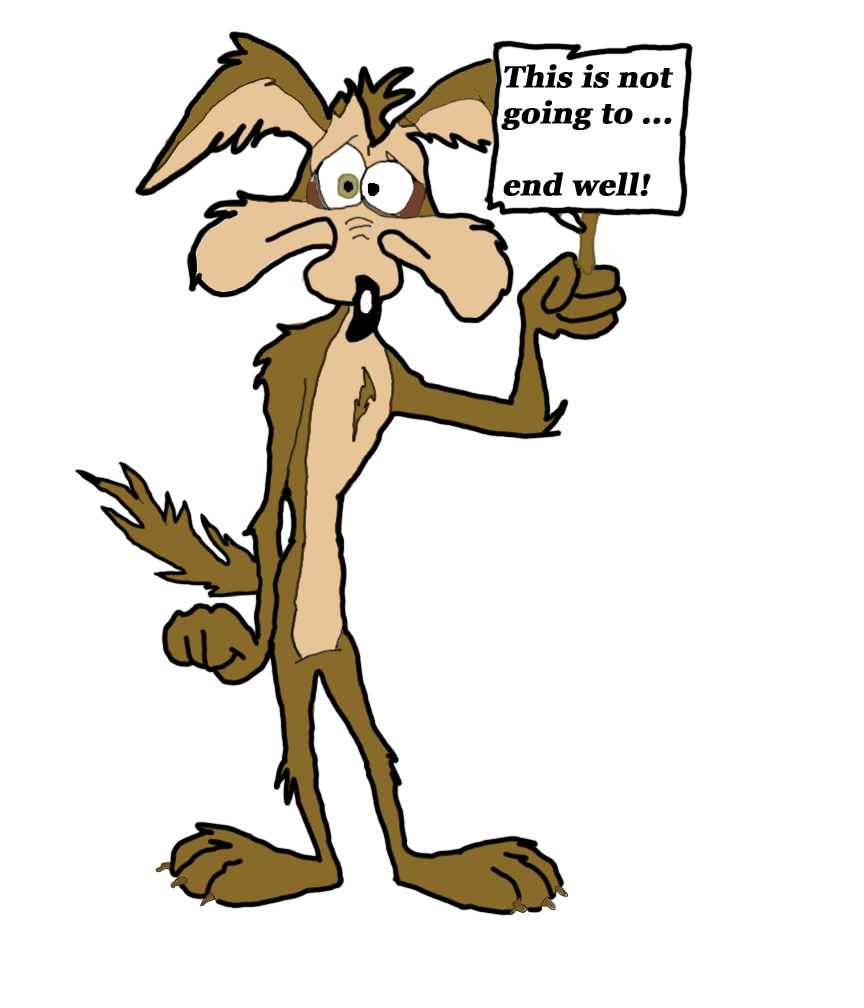 I just never truly paid attention to this before.   Recently, though, I was interested and rather horrified to realize that the American Cancer Society has designated every month of the year on the calendar with “awareness” about different types of Cancers and Cancer issues.

Being in natural medicine, the topic of Cancer Awareness inexorably leads me back to the CAUSE of CANCER which I believe to be mostly in the food supply where pesticides, foreign bacteria, sugar-sugar-sugar, preservative chemicals and GMO’s (engineering together DNA from unrelated species) create a hodgepodge of inflammatory proteins that the body may experience as many bad things, including as an invader.  The body may begin to turn on and even attack itself with autoimmune diseases and food allergies.  One of these forms of attack is Cancer.

There is plenty of science leading to the conclusion that our bounty of Genetically Modified foods– which the majority of people do not know are in most of our U.S. food supply—are likely culprits causing cancer rates to rise dramatically.  In watching this issue rather carefully over the past 2 years, I notice a preponderance on the Internet of “organic doesn’t matter” articles.  I see the companies with vested interests have been busily writing.   I notice that well-respected studies are retracted under suspicious circumstances.   It is the dark side of a free market operating.  This is my belief.

Oh, yes, smoking is a clear cause.  As the smoking rates continue to decline, I notice a continued focus on this as a major causative agent.  It doesn’t jive with the increasing number of cancer cases, though.  So, somehow I think they are stuck in the Past.

Yes, drinking heavily is also directly linked to cancer.  Yes, obesity is totally a red flag.   And Yes, SUGAR is big, big, big.  Cancer cells devour it voraciously.  And the “SAD” (Standard American Diet) makes sure to include plenty of GMO’d sugar, wheat, soy, many other foods and chemicals in the commercial food supply.

The latest data from the American Cancer Society states that http://www.cancer.org/acs/groups/content/@epidemiologysurveilance/documents/document/acspc-036845.pdf  “1,660,290 new cancer cases are expected to be diagnosed in 2013.”  The American Cancer Society now states that 1 in 2 men and 1 in 3 women will experience cancer in their lifetimes”.   Many will die of it too.   That’s significantly up from 2010 when the figures were 1 in 4 men and 1 in 5 women.   http://www.cancer.org/cancer/cancerbasics/lifetime-probability-of-developing-or-dying-from-cancer   In our grandparents and great grandparents’ lifetimes, the statistic was 1 in 33.  (Caveat – maybe screening has gotten better too, but I think there’s much more to it than that.)

Check out this 6.5 min trailer for a movie called “The Truth About Cancer”.  It captures the key concepts you need to know:   https://www.youtube.com/watch?v=CBKWwxPU19I

WHAT TREATMENTS ARE BEST?

There are many modalities for healing from Cancer.  If you or a loved one are diagnosed with cancer, your belief system acquired about the age of 6 may have the strongest influence on what you choose.  When we are in high fear, that early part of the brain simply takes over.    And our belief is powerful stuff.   I see people survive deadly doses of poison, and after killing off their entire immune system, they are still around!   Unfortunately, 40% of people who die of cancer die of a form of starvation.  Many of the rest die from common bacterial infections.  That’s how I lost my favorite cousin whose wedding I played piano when I was 10 years old.

Generally as a culture, the majority of Americans typically think of Western Medicine as the “strongest” medicine.   They are mostly unfamiliar with natural medicine such as Chinese & Ayurvedic Medicine.  They do not know the power and scope of Naturopathic Medicine, and the healing compounds in organic foods and herbs.   While we would beg to differ that nature is plenty strong, and oftentimes stronger than Western Medicine, my own husband will argue that there are some fast-moving cancers which natural medicine may be too slow to “catch”.

I prefer Prevention and Whole Person Treatment.  I believe in nourishing and nurturing rather than attacking my body.   And I’m excited about healings by Food, Herbs, and Essential Oils which are absolutely possible and occur frequently.  These modalities—and even Chemo treatments— work best in combination with healing the spirit.  Bringing in gratitude, joy and FUN to life may lead to an amazing NEW Life of Purpose!

Whatever is chosen as the healing modality(ties), it is clear that preventing and continuing the healing involves eating Clean Food, consuming plenty of antioxidants, and learning how to be Happy.

KNOWING YOU ARE EATING FOR HEALTH:

Although growing food yourself with heirloom seeds which are pure of Monsanto’s manipulations is a wonderful choice, my guess is that very few of you will want to take up that challenge.  So, you know the drill….find the local organic farms represented at Farmer’s Markets.    Become familiar with the Dirty Dozen and the Clean Fifteen fruits and veggies.   Check online for recent updates, because the GMO list keeps getting longer.  Just announced this month are the genetically-modified monster bananas.  Bottom line:  Keep your diet as nourishing and detoxing as possible (naturally, with foods like asparagus and cilantro).  And, if you want to really ramp up your nutrition and overall health, add raw chocolate products to your diet.  We personally consume Xocai Healthy Chocolates daily for their outstanding anti-aging, anti-inflammatory, high-healthy mineral content characteristics.

“I want control of my food!”

If you ARE interested in growing your own veggies and fruits, (and maybe chickens) you may live or move to an area which is conducive to that.  There are many sources of hydroponic systems on the Internet.  Juice Plus , a network marketing company, sells a wonderful and complete system for $45/mo.  (I think it’s paid off in 15 months.)   Some of you engineering types will design your own.  And there are local folks who build and install them for you.  Check out www.pineislandbotanicals and talk with Michael or Chris for a good source on Pine Island.

“What is the Non-GMO Project?”

Look for the words “Organic” or “Non-GMO Project” logo on finished food products.  At the moment I’m writing this, “Organic” no longer means absolutely no pesticides were used.  But it does mean no Genetic Engineering was involved.   This label means the finished food product has been tested in a not-for-profit lab http://www.nongmoproject.org/ to ensure that no Monsanto seeds were involved in the food chain.  This is what the FDA should be doing to protect our food supply.  Instead, they hire Monsanto executives to run the FDA.  Who’s watching the chicken coop?   BTW, Costco carries several dozen “Non-GMO Project” labeled products.

SO HOW DO WE GET MORE CLEAN FOOD IN THE STANDARD FOOD SUPPLY?

I say Let’s VOTE IN THE MARKETPLACE with our dollars (for organic food and natural medicine).   If you believe, as I do, that healthy foods and natural medicine can HUGELY downshift the cancer epidemic  in this nation, buying the goods and services supporting our health is the most likely-to-succeed approach in our “free market” system.  Some bigger companies are already beginning to see and react to this trend.

Many new food-producing companies have come along in the last decade to serve the growing demand for “Clean Food”.  Check out Silk, Organic Valley, Annie’s Home Grown, Nature’s Path, Earthbound Farms/White Wave, Happy Family, Stonyfield, and Dr. Bronner.   Some of these companies are still not the total healthiest (in my pristine opinion), but they do provide food more like our Grandparents ate, which was prior to the skyrocketing rates of cancer.  Back in the early 1900’s the cancer rate was 1 in 33 people.   Today it’s 1 in 2 for men and 1 in 3 for women.  Sure, many things have changed, but the biggest likely culprit is food.  After all, as Hippocrates said, “Food is our Medicine”.

VOTE IN THE BALLOT BOX to Label foods which have GMO’s inside (genetically modified organisms) ingredients.  Send a message that food manufacturers like Kellogg’s sell the same food in the U.S.  as they ship to European countries who have banned GMO’s.   Why are we getting the poisoned food?

Lastly, I’ve got a real puzzle for you:   If Monsanto, Dow and Syngenta (chemical & bioengineering companies) are so proud of their genetically-modified seeds and creatures (e.g. fish), why are they not proud and delighted to label them “GMO” rather than spending billions of dollars to fight the labeling initiatives in the states.  Why do they want to keep it quiet?   Think about it…